Christmas time! One of my favourite times of the year! Great music, great food, great family fun, and great friendships! I could do without the snow (yes, I am one who loves a good green Christmas), but Christmas is certainly one of the highlights of the year for me. Of course, the “reason for the season” is none other than the Lord Jesus Christ. On this occasion, we celebrate His birth. I’ve heard it said that Jesus was probably not born on December 25. Although the exact day does not really matter (it’s the birth itself that matters), I’ve also heard it said that His birth may actually have been in September. This is quite interesting, for if we work 9 months back from September we arrive at – you guessed it – December! Thus, if Jesus was born in September, then He very well may have been conceived in December (could it have been December 25th?). A key part of the Christmas story is the truth of the incarnation of God in the Person of Jesus Christ. The moment of incarnation would have been simultaneous to His conception. We are told in Matthew’s Gospel:

“Joseph, son of David, do not be afraid to take Mary as your wife; for the Child who has been conceived in her is of the Holy Spirit. 21 She will bear a Son; and you shall call His name Jesus, for He will save His people from their sins.” (1:20 – 21, NASB).

2 Now all this took place to fulfill what was spoken by the Lord through the prophet: 23 “BEHOLD, THE VIRGIN SHALL BE WITH CHILD AND SHALL BEAR A SON, AND THEY SHALL CALL HIS NAME IMMANUEL,” which translated means, “GOD WITH US.” (1:22 – 23, NASB). 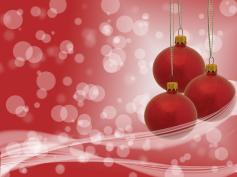 At the core of the Christian Gospel is the truth that God has come among us in the Person of Jesus Christ. At Christmas we celebrate His coming into the world, and it would be a profound irony indeed if, from the human point of view, He was conceived on the December 25. But that is speculative at best. Matthew mentions the great work that Messiah Jesus would accomplish through His coming: “he will save his people from their sins.” This is the Christian message– that God became a Man in the Person of Christ Jesus, took our sins upon Himself, and died on a cross to pay the penalty for those sins. He was then raised from the dead, testifying that what He has done is sufficient to pay for the sins of all humanity, making forgiveness for us possible through faith in Christ.

Now, some may be surprised to discover that the Christmas story has a sequel! We are all well familiar with Part I of the story: God becomes flesh! A baby is born. A great star leads a group of wise men from the east to where the child lay. Gifts of gold, frankincense, and myrrh are presented to the Holy Child. We are also familiar with the words of the great carols of the faith which speak of this first part of the story: “Silent night, holy night shepherds quake, at the sight. Glories stream from heaven above Heavenly, hosts sing Hallelujah. Christ the Savior is born, Christ the Savior is born.” Or, “O Come All Ye Faithful Joyful and triumphant, O come ye, O come ye to Bethlehem.” Great hymns indeed! We easily recognize a manger scene, where the baby Jesus is depicted, along with Mary and Joseph. Indeed, all of Western Civilization has a date on its calendar which commemorates the events of Part 1 of this story. But are we ready for the sequel? Are we eager to see the “next part” of the story, perhaps somewhat like an excited movie goer might yearn for the sequel to their favourite movie (but of course, so much more)?

Consider carefully the following verse of Scripture, a verse that clearly points to the Christmas story:

Do not be afraid, Mary; for you have found favor with God. 31 And behold, you will conceive in your womb and bear a son, and you shall name Him Jesus. 32 He will be great and will be called the Son of the Most High; and the Lord God will give Him the throne of His father David; 33 and He will reign over the house of Jacob forever, and His kingdom will have no end.” (Luke 1:30 – 33, NASB).

Did you notice something? In this one passage of Scripture, both Part I of the Christmas story, and Part II are mentioned. Verse 31 and the first part of verse 32 speak of Part 1 – the conception of Christ and the fact that He would be called the “Son of the Most High” (see also Mark 5:7). Mary was to call Him “Jesus”. However, the second part of verse 32 through to verse 33 speaks of Part II of the story: the Lord God would give Jesus the “throne of His father David, and He will reign over the house of Jacob forever, and His kingdom will have no end.” From the perspective of the angel’s words (and of Mary) in Luke 1:30 – 33, there is one story here in one apparent event: Christ is conceived and born, called the Son of the Most High, given the throne of David, given authority over Israel (Jacob), and given a kingdom which will never end. However, from our perspective looking back, only verse 31 and the first part of verse 32 have been fulfilled. This is Part I of the Christmas story. Part II has not happened yet, but remains to be fulfilled in the future when Christ returns. Yes, Part II of the Christmas story relates to the Second Coming of our Lord, Jesus Christ! Not as a baby in a manger, but as a triumphant and conquering King (Revelation 19: 11 – 21).

We see something similar in Isaiah – another “Christmas” passage:

6 For a child will be born to us, a son will be given to us; And the government will rest on His shoulders;
And His name will be called Wonderful Counselor, Mighty God, Eternal Father, Prince of Peace.
7 There will be no end to the increase of His government or of peace, On the throne of David and over his kingdom, To establish it and to uphold it with justice and righteousness From then on and forevermore. The zeal of the LORD of hosts will accomplish this. (Isaiah 9:6 – 7, NASB)

Here, like in Luke 1:30 – 33, both Parts of the Christmas story are addressed. However, from the perspective of Isaiah the prophet, Parts I and II appear as one event: Christ is born, the government rests on His shoulders, He sits on the throne of David, and has a kingdom! From our perspective, almost 2,000 years sits in between the birth and the kingdom, between Part I and between Part II, between Christ’s first coming and His second coming.

Isaac Watts wrote the words of this well known and beloved hymn in light of Christ’s Second Coming, not His first coming to Bethlehem, though we sing it every Christmas:

Part II of the Christmas story pertains to the Second Coming of Jesus Christ, and His kingly reign over this world from the throne of His father David! What is the throne of David? It is the throne once occupied by Israel’s ancient king David, who became king of Judah in 1010 BC, and then king over all of Israel from 1003 BC – 970 BC.

Geographically, it was situated in the city of Jerusalem. God made a promise to David, saying that his royal house and kingdom “ ‘shall endure before Me forever; your throne shall be established forever’ ” (2 Samuel 7:16). God also said “ ‘I have sworn to David My servant, I will establish your seed forever and build up your throne to all generations’” (Psalm 89:3 – 4, NASB). David’s throne is to be the seat of world governance in the messianic golden age (Isaiah 9:6 – 7 with Zechariah 9:9 – 10), to be occupied by one of his descendants. And we know who that Descendant is. As we saw earlier, Mary was told that her Child – Jesus – would be given the throne of His father David. Revelation 20 discloses the fact that following Jesus’ Second Coming, He will reign for 1,000 years with His faithful people (Revelation 20:4 – 6). Revelation 11:15 also declares: “The kingdom of the world has become the kingdom of our Lord and of His Christ; and He will reign forever and ever.” This calls to mind the great declaration of the Hallelujah chorus, which also majestically declares:

Recall as well what the crowds were shouting when Jesus entered Jerusalem presenting Himself as Israel’s king – only to be rejected and later crucified:

‘Hosanna to the Son of David; BLESSED IS HE WHO COMES IN THE NAME OF THE LORD; Hosanna in the highest!’ (Matthew 21:9, NASB).

Jesus stated in Matthew 25:31, “But when the Son of Man comes in His glory, and all the angels with Him, then he will sit on His glorious throne.” And what throne is that? “…and the Lord God will give Him the throne of His father David.”

When Christ comes, and takes up His throne as the world’s sovereign, this planet will finally know true world peace. Dreams of a just, perfect, and peaceful civilization will be realized in the glorious millennial reign of our Lord! Indeed, Christmas Part II will be glorious! Christmas Part II will feature the re-establishment of the throne of David in the city of Jerusalem – the same Jerusalem that today is filled with much violence and tension. “For the law will go forth from Zion and the word of the LORD from Jerusalem. And He will judge between nations, and will render decisions for many peoples; and they will hammer their swords into plowshares and their spears into pruning hooks. Nation will not lift up sword against nation, and never again will they learn war!” (Isaiah 2:3 – 4, NASB). Ancient Israel was the scene of Christmas Part I, and Israel will be the scene of Christmas Part II. It will be glorious indeed!

As we look back to Christmas Part I, and celebrate the birth of our Lord and what that means, let us also remember to look forward with eager anticipation, and sober judgment, to Christmas Part II – the coming of the King of Kings, and Lord of Lords. As certain as Christ came the first time – as is celebrated each December 25 – so too will He come a second time – to receive His people to Himself, to judge His enemies, rescue His people, and to rule in righteousness! Indeed, let us prepare to meet Him!

One thought on “THE CHRISTMAS SEQUEL: THE RETURN OF THE KING”